the project defines the building as an orienteering “light house” on south harbour, but at the same time pays attention to the Helsinki landmark and city skyline (Observatory, Helsinki Cathedral, Uspenski Cathedral and their panoramic views).

from Tahtitornin Vuori Park (West) it configures as an urban platform, that constitutes a city’s open space between Olympia Terminal and Market Hall juxtaposed to the park. from Laivasillankatu Road (South) it becomes the new door to the city center and south harbour. From Market Square (North) it extends “the city” towards the sea and becomes a “sail”, an urban landmark.

from south harbour bay (East) it configures itself as a sailing boat to link to the port activities and to end Olympia and Makasiini port terminal sequence on southern shore. the museum spaces are composed as a typological intertwine of vertical exhibition spaces (the boxes) and horizontal exhibition spaces (the galleries). this twist gives a multiple indoor flexibility to the exhibit outfitting, allows possible future extensions in height or length and configures an outdoor wooden blocks’ overlapping that seems a port containers’ juxtaposition.

project atrium turns vertically into a sail that isn’t only a skyline landmark, but a wind tower too: prevailing winds in Helsinki come from south-east, so NGMH takes advantage of its location and configuration to transform itself in a wind power plant as energy’s operating principle. 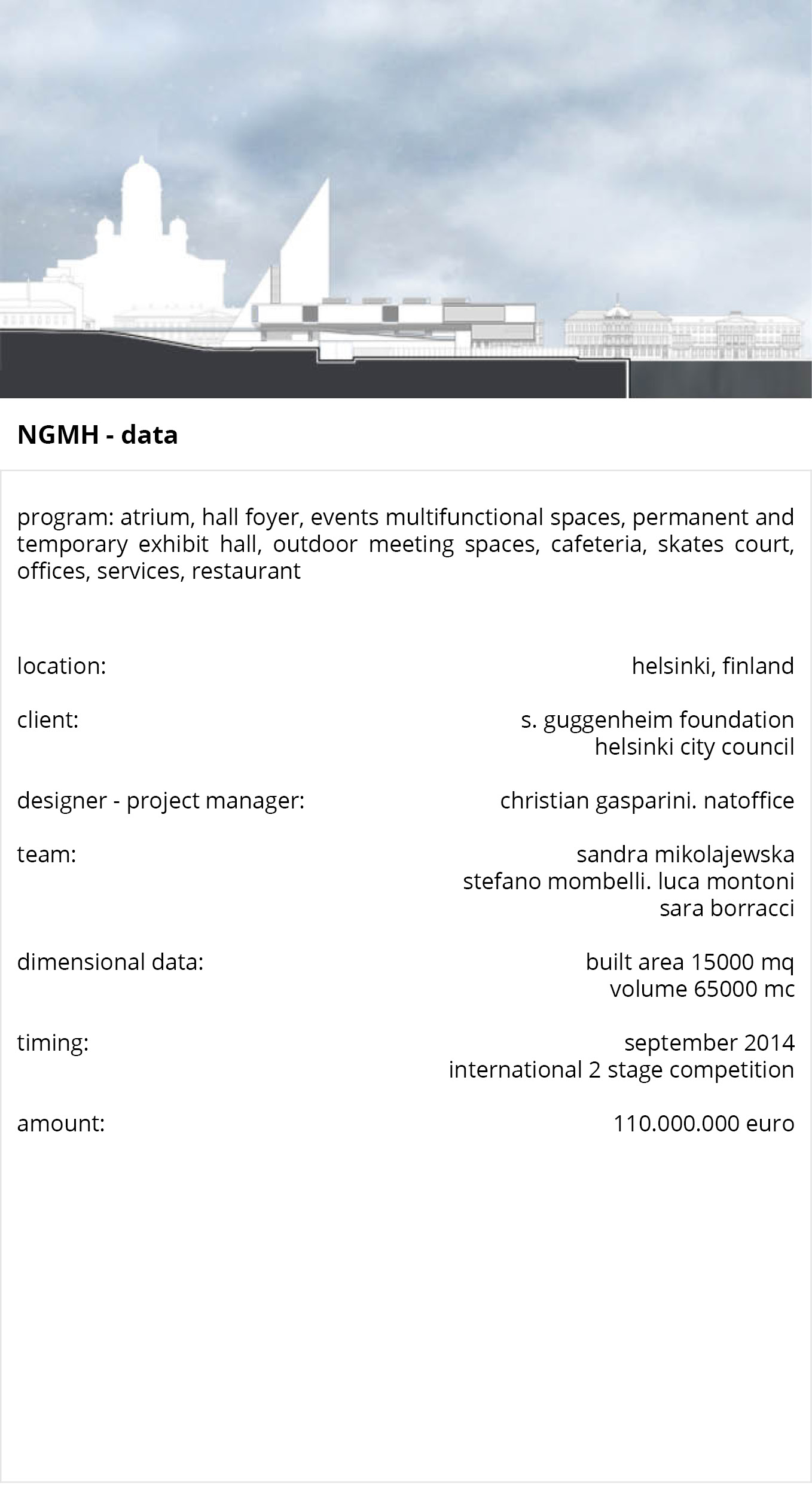