the project tries to configure an idea of living conceived as fluid space, protected but at the same time interconnected with the surrounding landscape, able to grant privacy to the family but to project it perceptively in a wider spatiality, to connect it to the scale of the neighbourhood.

The house presents itself as a diaphragm of open and closed, built and natural spaces variously interlaced. Clearly defined volumetric structures are placed into the fluid space that connects the “inside” with the “outside”, the “built” with the natural, house and landscape.

The building is developed on two floors built on a single dimensional span that rules the relation of an empty and transparent space with volumes (the bedrooms – studios) that set themselves as asymmetrical lenses of an ideal telescope pointed towards the landscape and with aerial surfaces (free projected levels).

the coverings constitue a facing terraces system and pitched roofs with photovoltaic and solar panels, which provide energy sustainability of the project togheter with the system of geothermal probes of the basement. 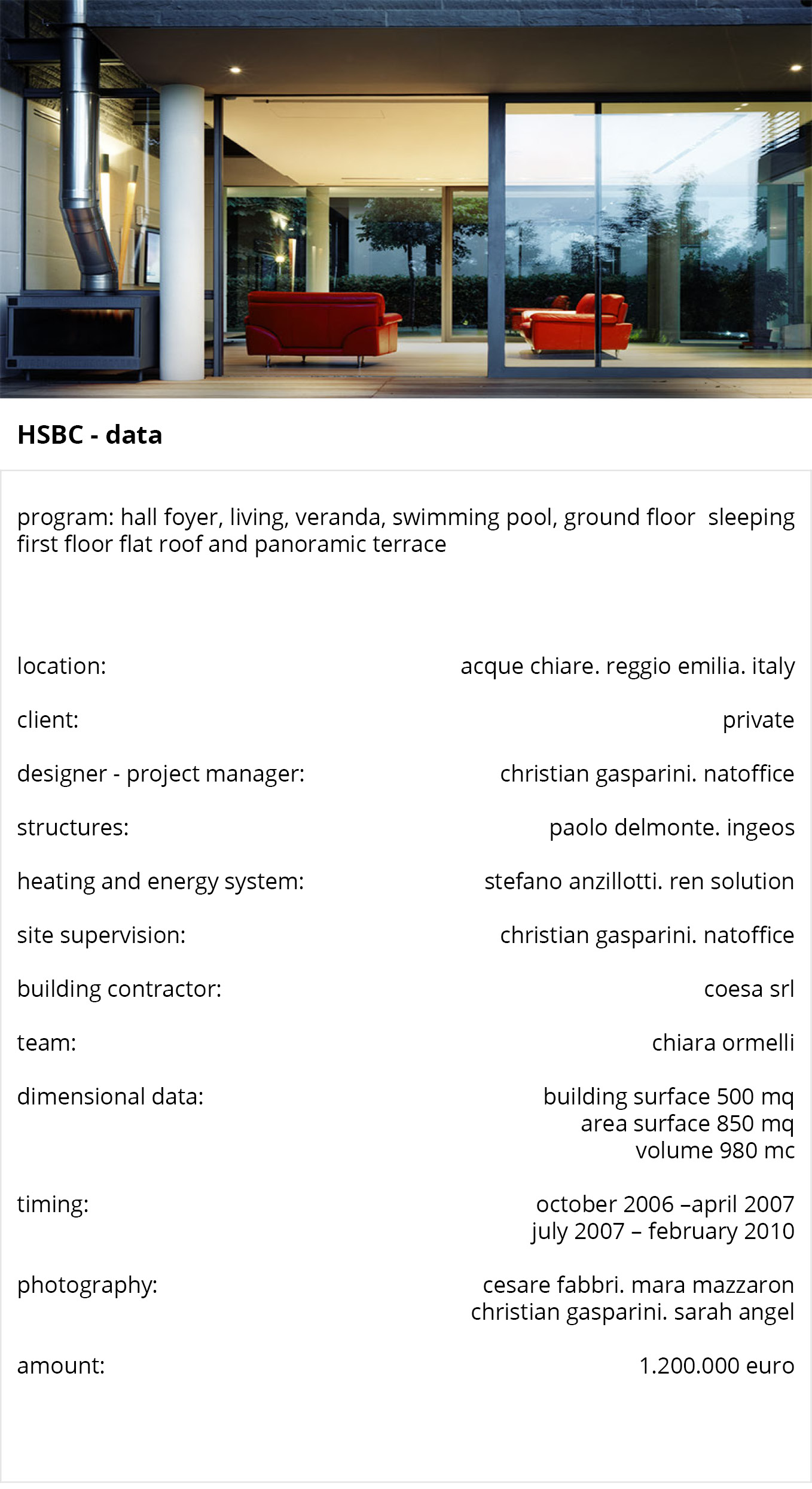