xx settembre square is a part of the system of squares that defines and creates the historic centre of Modena. the project connects the urban spaces within a systems of routes re - conceived as ribs of a spatial net that concentrates and keep together different urban rooms regarded as places with clearly defined spatial and architectural features.

the fronts of the buildings have always been defining points of the open urban space and have always dialectically lived in a background/scene relationship with the squares; then the projects pulls out the hidden traces in the place by using the alignments and the fronts of the buildings in order to design the open space of XX settembre square. the building on the north/south longitudinal sides are the pressure edges that defines the square, while the east/west side fronts are more liable front, being separated from the square by 2 streets: albinelli street and dello zono street.

the square gets livelier thanks to the combination of two different floor decorations: a continuous one in etruscan yellow sandstone that creates a split route from piazza grande to montadora street thus opening a central view on the connection with the covered market, the other, “broken”, made of two toothed flagstones that, like two hands, look like ground fixing of the building on the north and on the south of the square but at the same time generate a perceptive tension between the centre of the square and each one of its perspective alignments. 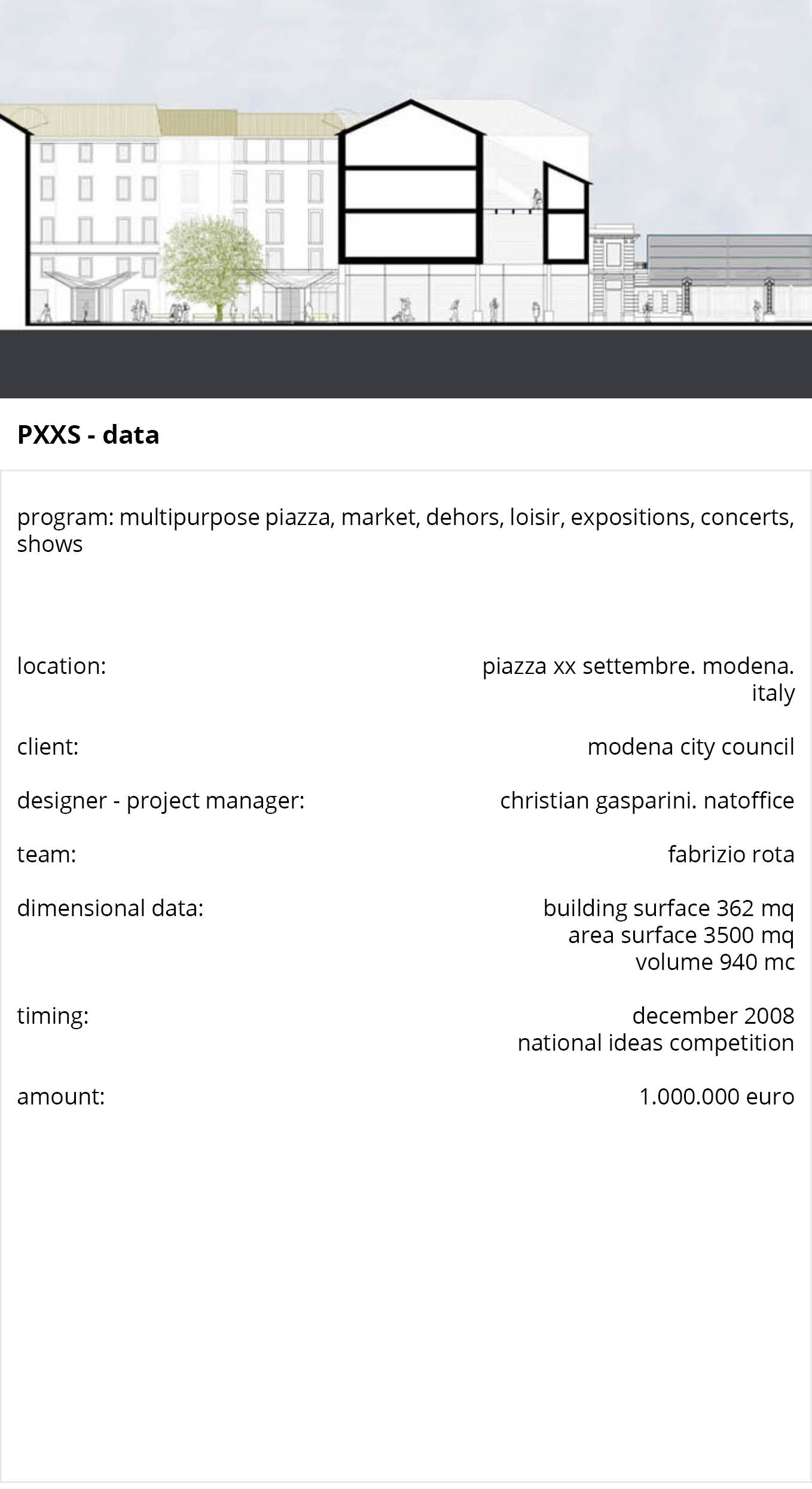