the high speed train station defines a new infrastructure of the territory, intended as a fast transport system, but introduces a new pole of excellence within the territory of reggio emilia and creates the possibility to give a new set of meanings to the whole urban system.
the interpolation and connection between the historical centre and the high speed train station allows to define a new urban “texture” conceived as a “sport and free time city” northbound and southbound, but also a new artificial landscape, that goes from the santa croce neighborhood to san prospero strinati eastbound and westbound.

the public spaces intended for leisure and free time, already existing in the area named giglio acquatico create the possibility to conceive the public and meeting outdoor and indoor spaces as a continuum of areas linked by a complex system of multiple transport means (train, car, bicycle, bike, walk) able to create an architectural urban event.

the punctual elements of the system (from north to south: tav station, sport area, education centre, football stadium, shopping mall, cinemas, aquatic park, open air swimming pool) are linked and structured by a urban park made of a comb of continuous tree lines that, by recalling the local placement of the existing poplar tree forests,  shape the parking lots, some green park areas and the whole system of the sport city, thus guaranteeing a connection between the railway line and its trespassing. the interchange between different transport means happens inside a cusp designed on the presence of the existing parkings that define a wedge of circulation and stop by plaing themselves between the Reggio –Mantova railway line and via Romano, wedge that becomes the backbone if the system (green wedge). 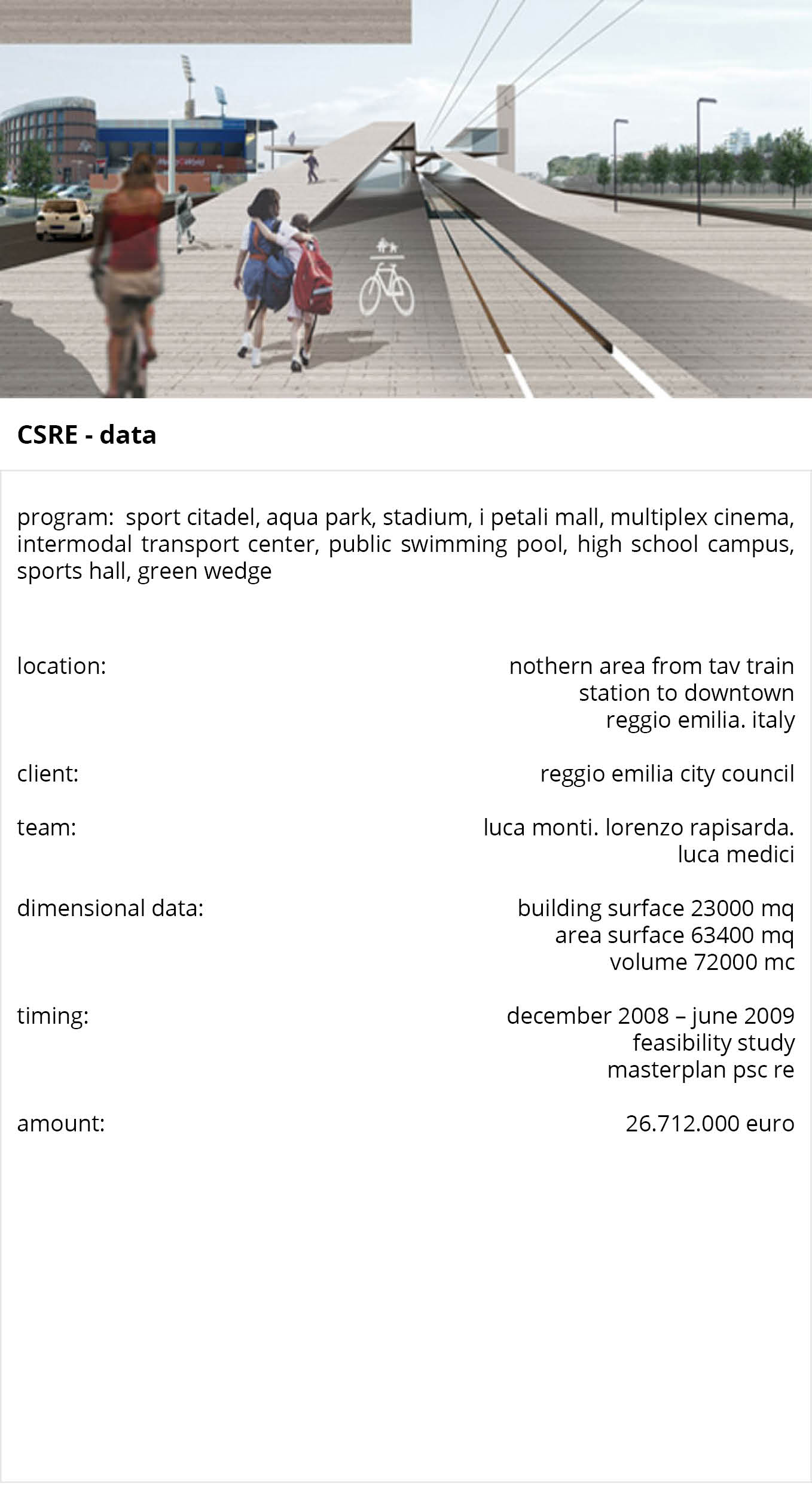