the project of “largo formentone – piazza rovetta” is developed by the will to work on the dynamics of flows and of routes, conceiving the route as a urban modality to live the city and its buildings both as a physical-perceptive experience and as a mental-mnemonic experience.

such project modality guarantees the perception and development of the near historic buildings and the harmonic setting of the new building within the existing context in order to transform the urban space into a urban life pole, common, qualified and open through the building itself.

the architecture of the building conceives itself as a background and scene of the city: background intended as a permeable and attractive wall of the new “largo formentone” scene intended as a modern kaleidoscope of different visions that is founded on the change of disposition of the surfaces that defines the space as a result of the position change of the observer. 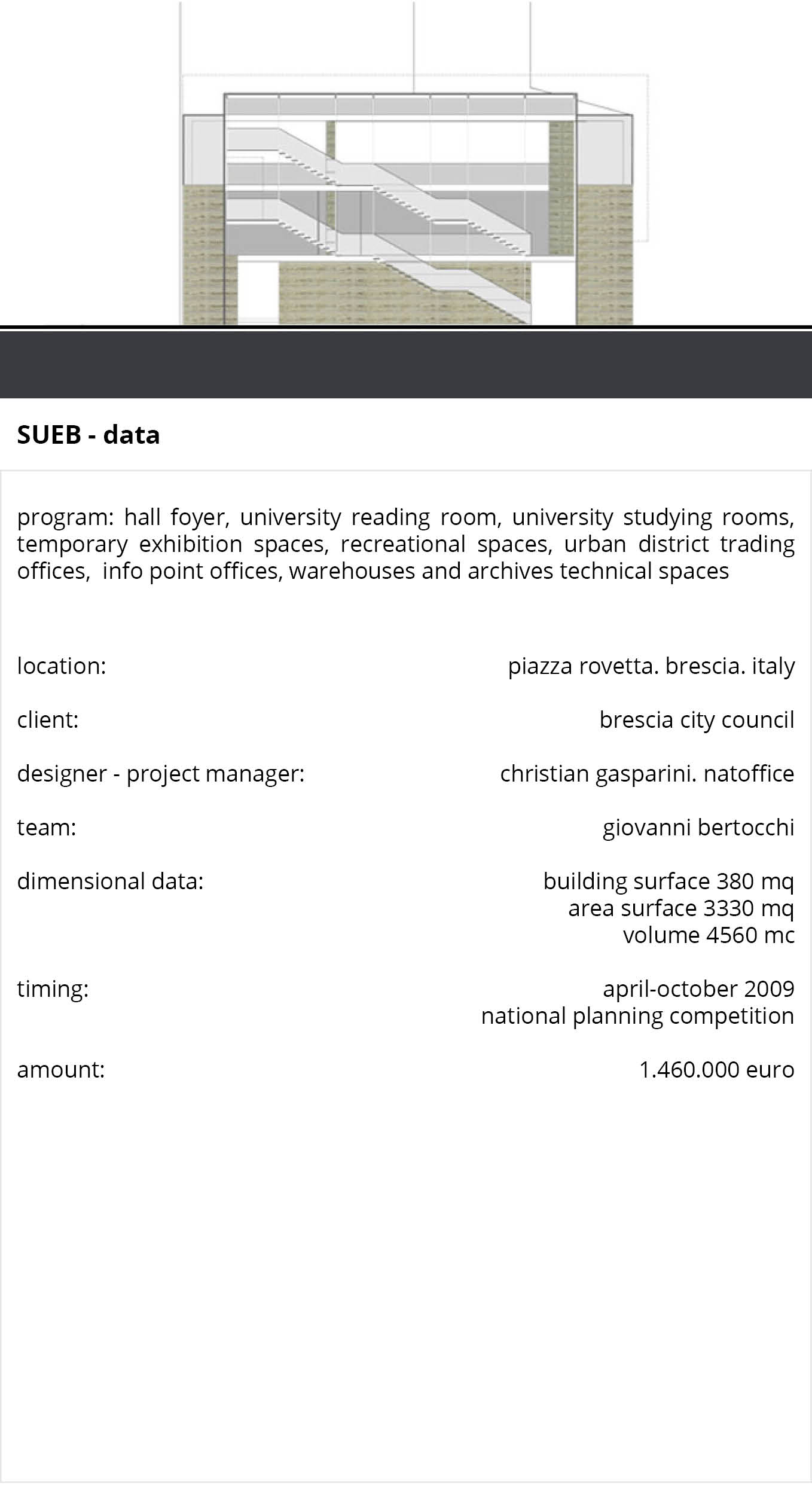