the city of childhood is seen as a urban interface and wants to represent the jonction ecoquartier. the complex is connected to the urban route (boulevard saint george) and the existing public building heading north on the rue de gazometres. it defines itself as an horizontal corner element and urban gate to the ecoquartier: through his height reduced from the other planned buildings it build the open and transparent base of the neighbourhood facing the city directly linked to the urban spaces of the ecoquartier and the residential buildings.

an opalescent and coloured diaphragm over itself defines the urban figure of the citè de l’enfance and moves the skyline through natural lighting. the hidden roof garden suggests a panoramic playing area, getting over the new quartier and the urban texture, constituting the classrooms’ roof light system and solar energy production of the citè and building the plan matrix of the project in his urban context.

the school is built around natural vertical elements (trees) and horizontal (court and roof garden) crossing and covering it, becoming architectural elements, granting the dynamic coexistence of different space uses, synchronic and dyachronic, daily and overnight.

the big structures of the gym and the multipurpose hall are built in the ground and they emerge differently: the theatre, cinema and concert hall as a matt box, and the gymnasium as a transparent and open void, putting into the urban program for a quartier as an identity element on the main internal square facing east. the double and triple height system indoor and outdoor grants the versatility and dynamism of the complex. the citè de l’enfance is characterized as social and cultural affectation anf not only as a school. 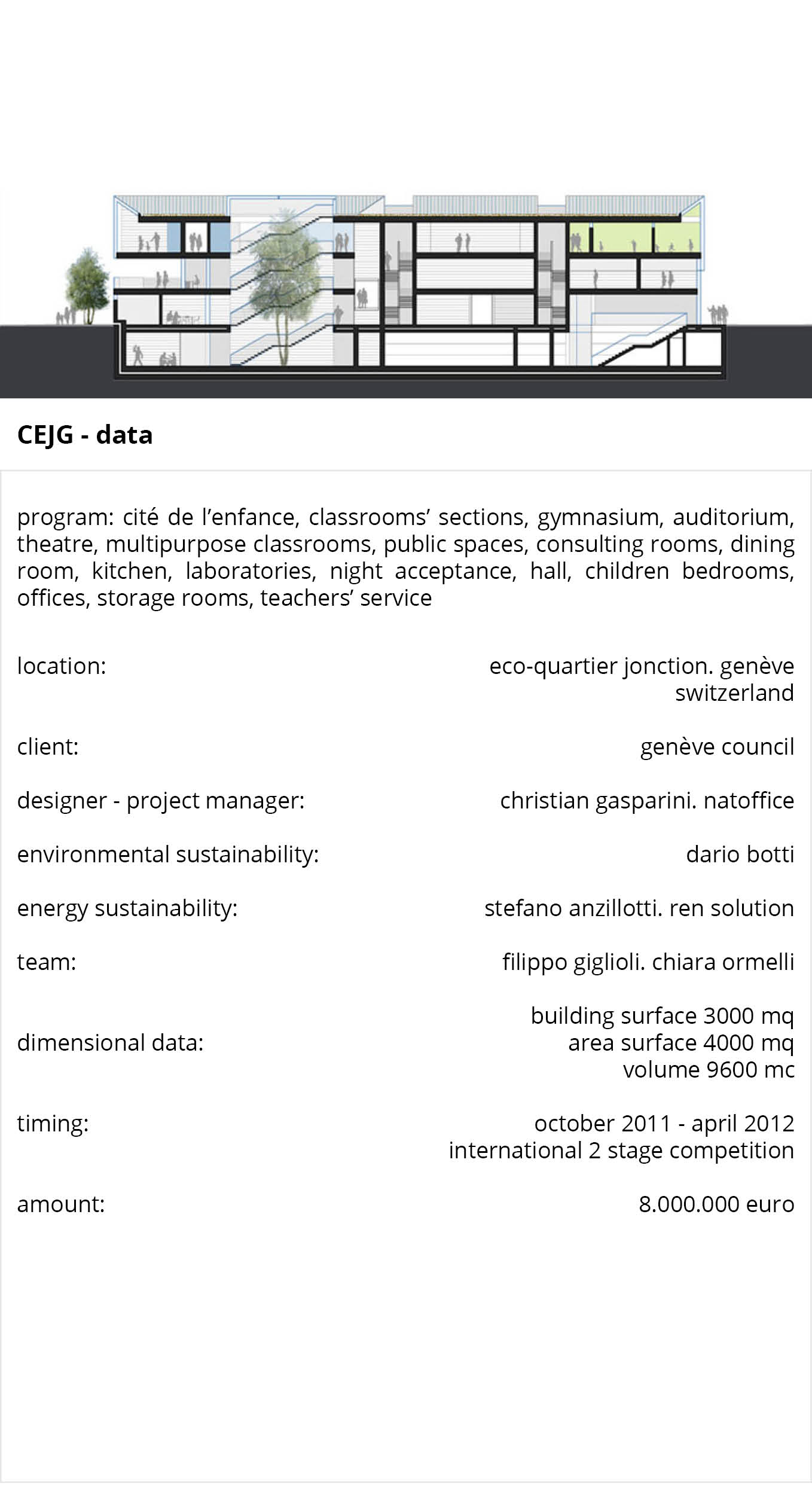