the project tries to arrange and simplify the existing urban elements to build in spinea historical center a new urban system of "outdoor rooms" able to connect and extend around the city’s effect, intended as the possibility for citizens and visitors to identify with a place and live there. spinea is built on line blocks endorsed on its main street (via roma), which represents an element of movement and identification for every citizen. to the present day the huge vehicular traffic riases the problem of modifying the via roma essence, transforming it into a place of walking and waiting, so to return all the central areas included the city hall and the church of san vito and modesto to citizens, creating a new interfaced continuous urban system, composed of buildings and open spaces that interchange to create a dynamic urban landscape.

the project therefore studied a system of facings, views, perspectives and distances that enhance villa del maino, the barchessa, the church and the nursery parish school in part constrained by the superintendency. to build the urban system, the masterplan works on the categories and interpretations of the concept of edge / fringe / diaphragm, as an element of design that guarantees different views of the city and give way to a hierarchy and sense to existent inconsistency open spaces. the idea, therefore, involves the construction of a new urban port system (underground car parking) that is capable of constituting a terminal for vehicular traffic at Piazza Marconi. 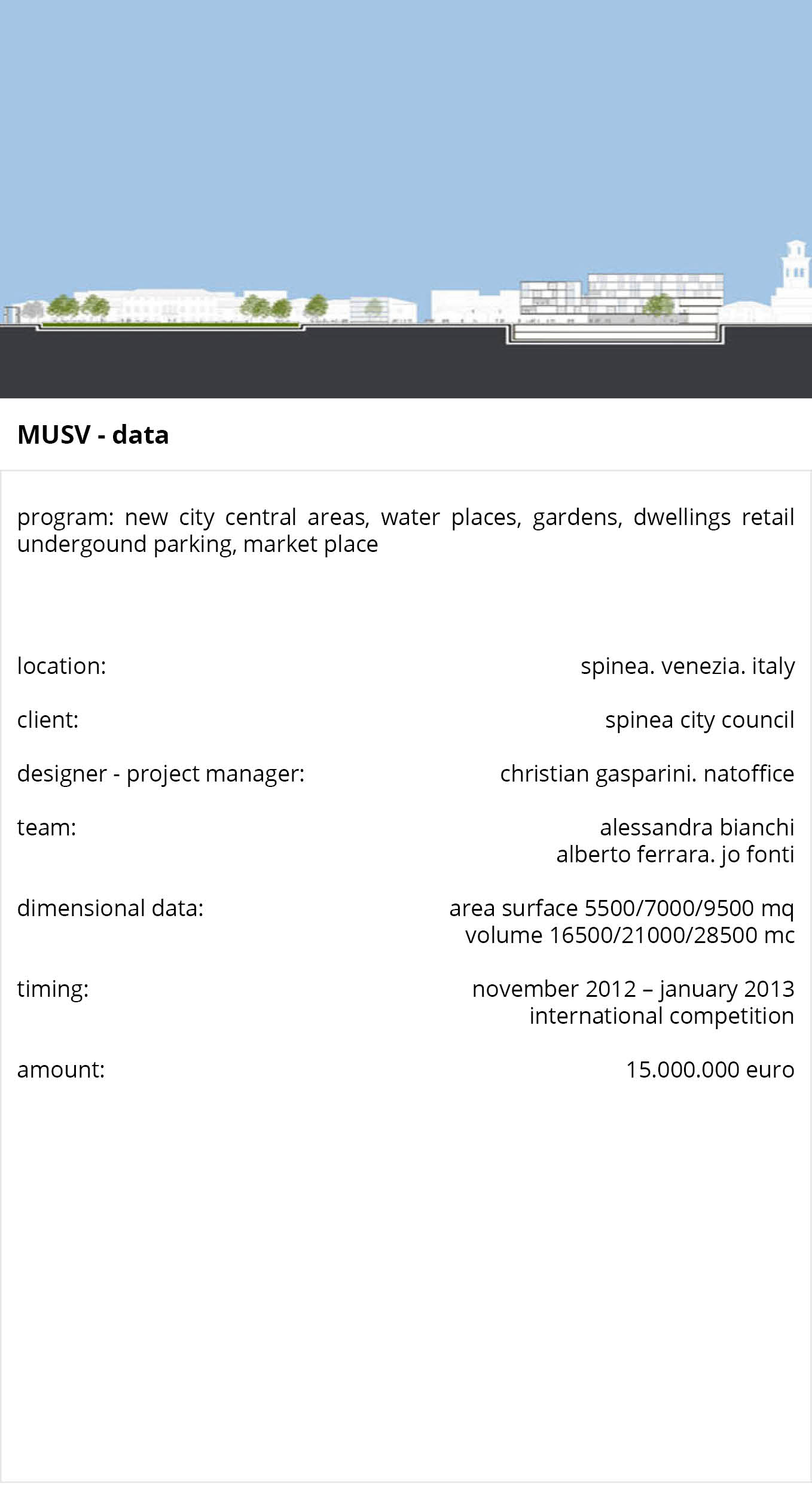