the new childhood pavilion in the “biblioteca degli alberi” park is conceived as a kite fitted in the urban texture, as a huge leaf leided down on the border of Isola area, that can represent the urban park and giving it a new meaning, connecting it to the theme of children with disabilities play.
the leaf designs an interposed diaphgram between inside and outside, through wooden slats that transfer and shield the natural sunlight according to the daytime and the seasons. a ramp that develops itself over the pool defines the safety exit from the first floor and the access to the rooms dedicated to familiy, teachers and cultural activities.

the pavilion garden is like an open-air extension of the rooms, that generates different external microspaces connected to the children activities, and it develops the idea of a series of concentric paths, that alternate and reduce themselves, defining the bamboo tree of the relax room as a metaphorical and eccentric pole of origin; this tree is the final point of the extension westwards of the parcel, and as a fulcrum that determines the slopes of the leaf-shaped roof.

the arboreal essences defined in the project transform the open spaces, changing their morphology and their colors according to the seasons during the year. the paving and the fancing elements are defined according to the uses and they characterize the open air spaces with different colors and materials, building a series of defined spaces that go from the “prunus mirror” on the northern side, to the “reading garden” made of asphalt and grass on west, to the “welcome and play space”, as a loan, on the eastern side, to the vantage “plateau” southbound, with vine and clemantis armandii flowers, ending with the “contemplation garden” with pyrus calleryana. 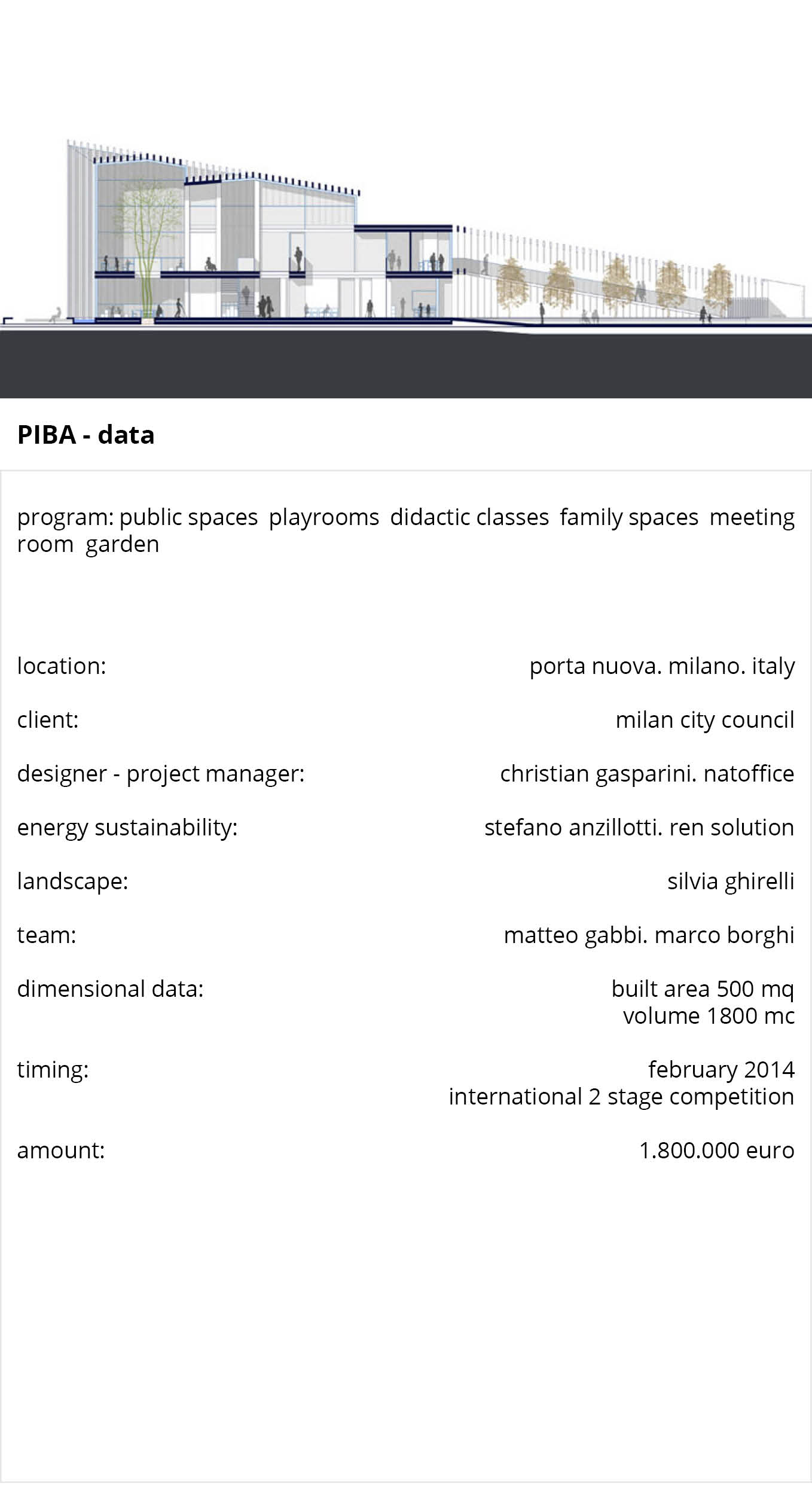