the project area is an independent “tile” inside the suburban pattern of the city, but it is possible to trace an internal system: the trees, of different essences and sizes, form a urban forest, a natural pattern in which emerges the existing school. the project uses this natural pattern as a matrix in which we can insert the school to create a urban topic: an architecture and a place, a pedagogical event and an open space.

The trees survey by google maps gives back and recovers a pattern similar to a hive, to a huge organic honeycomb delimited by the streets. the project then investigates and generates a new order, consisting of the hexagonal cell of the hive, a natural and architectural form, able to contain in itself the position and shape of the trees (circle) and the generative and constructive possibility of architecture (square) in an assembly fraught with pedagogical and environmental significances.

Architecture places itself in the natural texture and pattern, studies and reads it in order to build a place for children where they can play, study and work (even on themselves).

In this way the project tries to build a children’ community into a tree community. 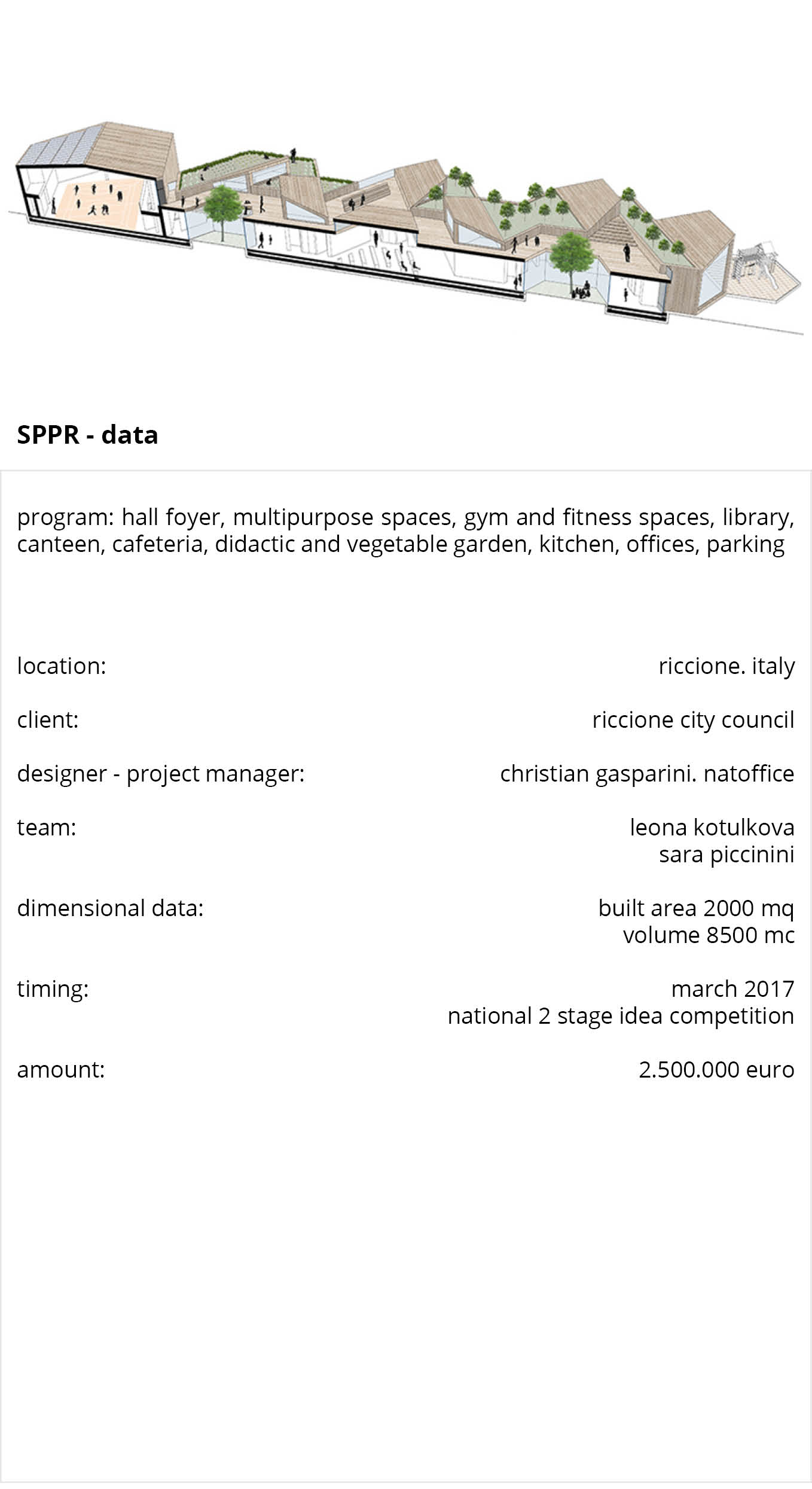